Will Rogers said, “If you find yourself in a hole, stop digging.”

Maybe you’re wondering how on earth what the most popular and highest paid actor in Hollywood in the 1930’s said could possible coincide with helping your stiff neck or tight shoulders.

Well, pull up a chair and let’s explore the idea.

Mr. Rogers said to stop digging.
He didn’t say to start something else.
The first thing to do is to stop.

I’m always telling my students, “First, we stop,” and I mean that literally.

Whatever is going on, IS, but while it’s obvious that it’s not anything less, what’s not always obvious is that it isn’t anything more.

If your neck is stiff and you come in to see me, I may suggest that you let it be what it is. I’ll say, “Let’s not add to it. Just don’t make it worse.”

Try it. Are your shoulders hiked up around your ears?
Try leaving them there and just noticing them.
What happens when you do? Do they start to release on their own?

When you stop digging the hole, it’s still there. Now you can observe it and perhaps some creative idea will percolate up on how to turn it to advantage.

One of the best ways to de-stress is to let yourself be as stressed as you are. Maybe there is a gift in the stress. Maybe stress is sending a warning that we can only hear when we stop fighting it?

I was working on that for myself the other day. I said, “I’m uptight.”

OK, so I was; I remembered to tell myself not to get tense about being uptight.
First, we stop.

Then I let it be there – I told myself, “uptightness, be there now!” I decided to let it be what it is and not make it any worse. It is what it is but not any more and not any less.

With the energy I am not using to get fussed up about being uptight, I have enough breathing room to look out the window of my studio across the street and notice the beautiful pepper tree draping it’s frondy leaves where it stands. The afternoon light is playing on the branches, shadows falling in different patterns as their far-reaching thin branches sway in the breeze.

I am starting to feel better already and I’m not even trying.

Is this making sense?
Have you ever been uptight and found your shoulders or your neck getting tense? If someone rubs your shoulders, does it hurt when they press on the tight places?

Taking something tight and pushing or pulling on is using one strong force to alter another. Your tight shoulder muscles may lose their fight to hold on and they might release, but the consciousness in-between the hands and your muscles (that’s you) may suffer some real pain in the process.

What if you just tried letting yourself be tense and then creating conditions where your muscles tend to release – because they can?

Alexander lessons interrupt the cycle of whatever it is that is disturbing us. By doing so, we’ve already changed a primary factor in its ability to persist.

First, we stop.
Let yourself Be, however you are. Give yourself space to breathe and be tense if you are!

Choice; that’s the gift of stopping.
Then you can choose to keep digging that hole – or not!

Am I still as uptight after thinking through all of this?
Not anymore.

And how are your shoulders feeling?

Did these mental gymnastics release something in your body?

Lessons in the Alexander Technique can be a leaping off point for lessons in Life. We can work on ourselves from the outside in (purely physical) or from the inside out (purely cerebral). Somewhere in the middle is an awareness of the Whole. Some call it consciousness.

It is a healing practice.

I invite you in. 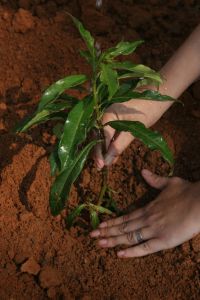